Folds of Honor is a 501(c)(3) nonprofit organization that provides educational scholarships to the spouses and children of military members who have fallen or been disabled while serving in the United States Armed Forces.

Our educational scholarships support private school tuition or tutoring in grades K-12, tuition for college, technical or trade school and post-graduate work, including a master’s degree, doctorate, or professional program. Funds for a second bachelor’s degree or trade/technical program certification are also available.

Since its inception in 2007, Folds of Honor has awarded over 35,000 scholarships totaling more than $160 million in all 50 states. Among the students served, 41 percent are minorities. It is rated a four-star charity by Charity Navigator and Platinum on GuideStar. It was founded by Lt Col Dan Rooney, the only-ever F-16 fighter pilot (with three combat tours in Iraq) and PGA Professional. For more information or to donate in support of a Folds of Honor scholarship visit foldsofhonor.org. 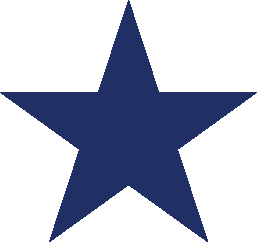 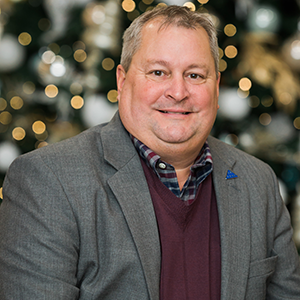 Mike is a graduate of Clarion University of PA with a Bachelor of Science in Business Management. For over 30 years, he has held various sales and leadership roles in the Food Service Industry.

Since 2014, Mike has been with Distribution Market Advantage (DMA), a Chicago-based company serving as Vice President of Business and Membership Development. Mike is proud to assist his Distribution Members in developing innovative supply chain solutions for national restaurant chains by utilizing his distribution and food service expertise. Mike and his wife, Crystal, reside in Grove City and enjoy playing golf in their spare time. Mike has served on several non-profit boards over the years. When he met Major Dan Rooney in early 2016, he immediately knew that Folds of Honor was going to be an organization that he and Crystal would align with. Later that year, Major Dan was invited to speak at DMA’s fall conference to give the keynote address to the attendees. In late 2018, they decided to embark on starting a chapter in Western PA. A year later, with the assistance of a great team of Board of Directors, our Western PA Chapter has become real. Mike feels that it is our duty as citizens to serve those that have served and sacrificed for our country. 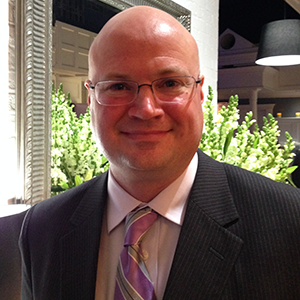 Jason was born and raised in Pittsburgh and graduated from the University of Pittsburgh, where he played baseball. He spent the first 19yrs of his career with the HJ Heinz Company and has most recently spent the last 6 years working for the J.M. Smucker Company, calling on national chain restaurants as a National Account Manager. In 2018 he attended a customer event in Dallas, TX; the proceeds for that event were donated to Folds of Honor. Having never served in the military and wanting to give back in some way, and recognizing the passion of the Gold Star Mother who spoke that day in Dallas and what FOH meant to her family in their time of need, Jason met with Mike Popella and set out a roadmap to create a board and launch the Folds of Honor Western PA chapter. 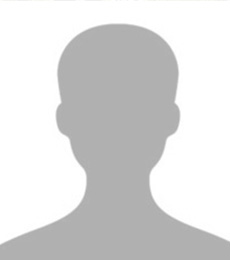 Derek was born and raised in Pittsburgh and graduated from Purdue University, majoring in Accounting and Management. He is a licensed CPA in Pennsylvania. He has spent the first two years of his professional career with Cohen & Company, an accounting firm based in Cleveland with an office in downtown Pittsburgh. Outside of work, Derek enjoys running, golfing, and traveling. He has attended several Folds of Honor events prior to joining the board and is excited to support the organization on a deeper level. 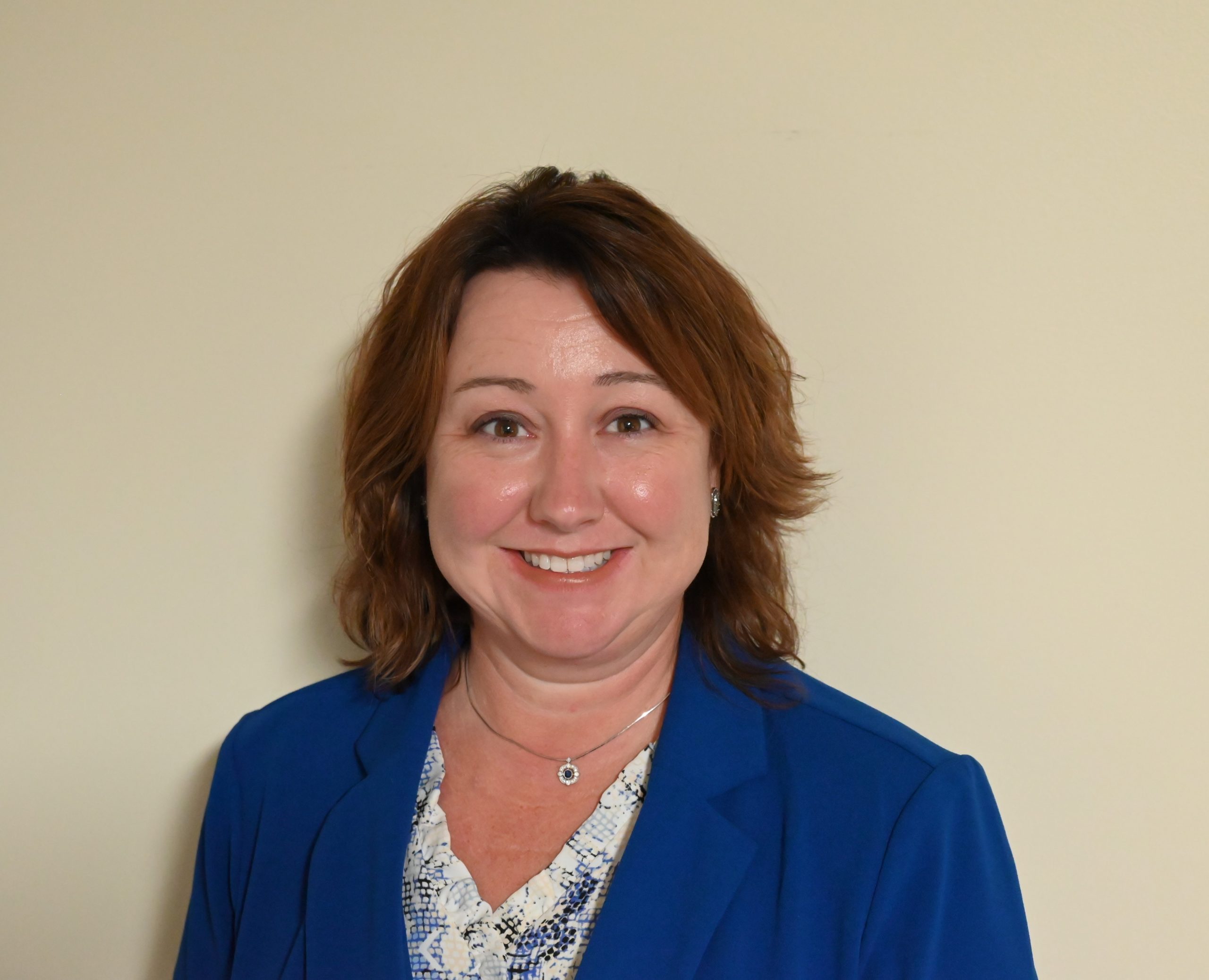 Starting as the “Supporting Wife” role of Folds of Honor, Western PA Chapter Founder and President in 2019 quickly pivoted to a fully engaged, active role and board member. My current responsibilities within our chapter include but not limited to Topgolf Event coordinator, volunteer coordinator, merchandise manager, board secretary, and other duties as assigned. With a background as a nurse and healthcare consultant, always striving to do and be better while building relationships keeps our team growing and driving to outperform past events. 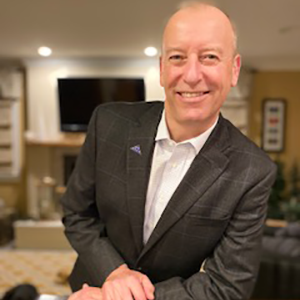 Bob was born and raised in South Western Pennsylvania. He was the General Sales Manager at Fuhrer Eagle Sales & Service with experience in budgeting, sales, pricing, supplier compliance standards, acquisitions, and recruiting for 24 years. He is now retired and enjoys traveling with his family, golf, outdoors, home projects and staying active.

Having had the opportunity to hear Lieutenant Colonel Dan Rooney speak was a moving experience and the motivation behind my involvement in Folds of Honor. The passion for his cause, clear purpose and dedication to help military families is unquestioned. 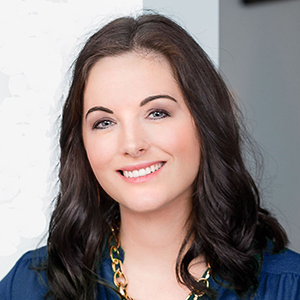 Robyn Jones is a Real Estate Professional with Piatt Sotheby’s International Realty. Born and raised in Sewickley, she comes from a long line of military veterans. After graduating from Ole Miss and beginning her career in marketing in Louisiana, she returned home to Sewickley, where she, her husband Doug, and children Jacob, Caroline, and Lillian enjoy life in this great community. Her parents instilled a heart for service in her at an early age, as they were founding members of Christ Church at Grove Farms, and she previously sat on the Board of the Child Health Association of Sewickley. Robyn holds a Masters in Organizational Leadership and multiple Real Estate Certifications and Top Producer Awards. With an extensive background in marketing and event planning, she hopes to spread the message of Folds of Honor throughout Western Pennsylvania. 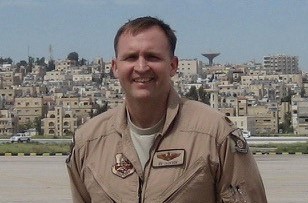 Lt Col Jackson joined the Savannah Air National Guard in 1995 as an Undergraduate Pilot Training Candidate to fly the mighty C-130 Hercules. Lt Col Jackson graduated from C-130 co-pilot school in 1997 and immediately headed over to Europe to fly combat missions in support of the NATO stabilization forces (SFOR) in Bosnia/Herzegovina and Kosovo. In 2000, Lt Col Jackson accepted a full-time position with the 758th Airlift Squadron, United States Air Force Reserve (USAFR) in Coraopolis, Pennsylvania, continuing to fly missions in support of SFOR and serving as the Chief of Training for the pilots in 758 AS and a C-130 Instructor Pilot. After the terror attacks on 9/11/2001, Lt Col Jackson was activated to Active Duty combat in support of US Forces in Afghanistan and Iraq from the end of 2003 until the end of 2005 and returned back to the Middle East in 2010 and 2015, massing up just about 1000 hours of Combat Flying in the C-130.

In 2011 Lt Col Jackson left his full-time position with the Air Force Reserve to work as an Aviation Safety Inspector with the Federal Aviation Administration (FAA), where today he is the Principal Operations Inspector (POI) for Piedmont Airlines. Lt Col Jackson’s greatest accomplishment was convincing his wife Amber to marry him in 2007, and they have two terrific sons, Colton (12) and Ryder (11). After flying the C-130 for 23 years, the Jackson Family all traveled to Altus Air Force Base and lived in Altus, Oklahoma, from September 2018 to March 2019, where Lt Col Jackson learned to fly the C-17 and is set to retire from the Air Force Reserve on 12 February 2021. 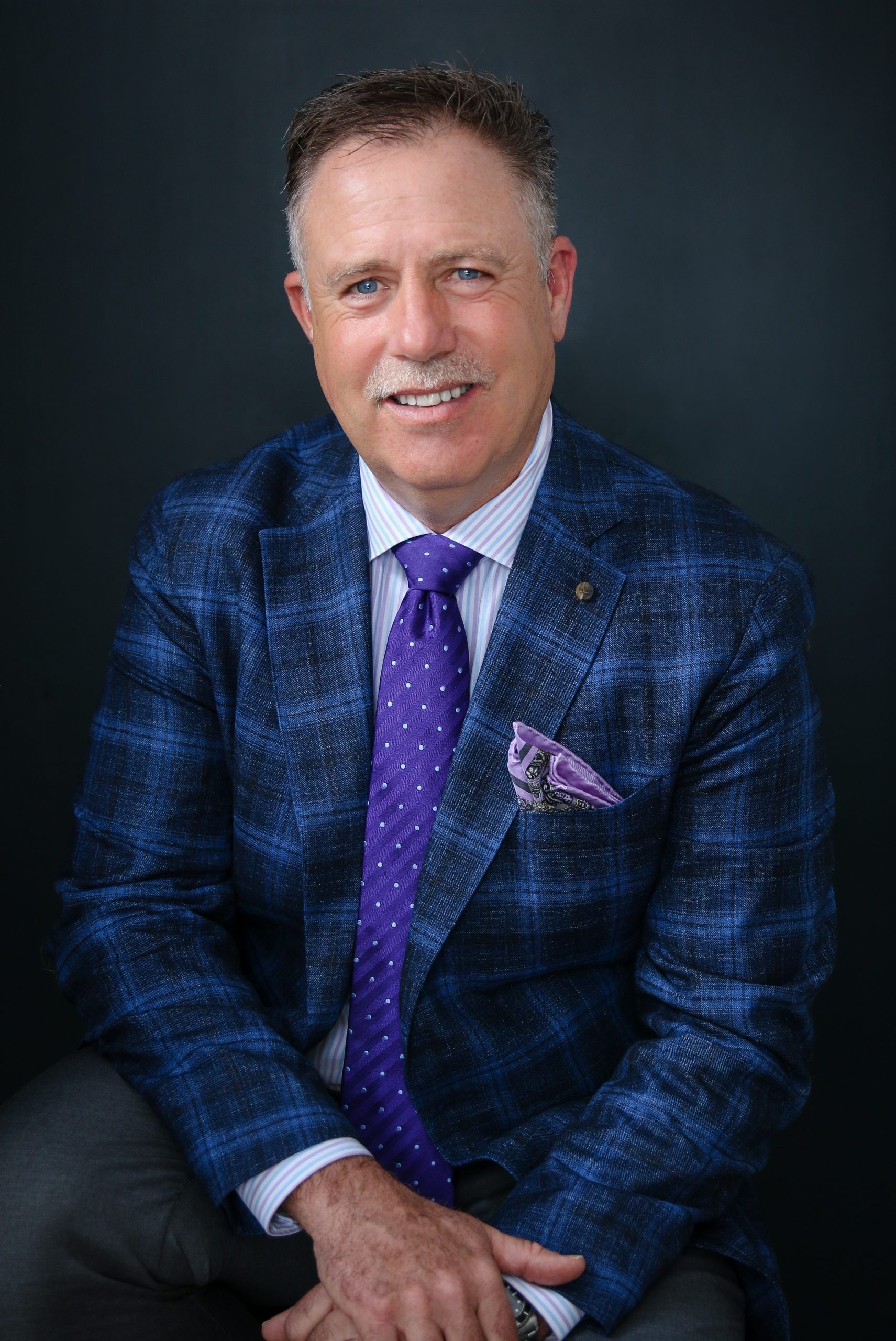 Chris is the Head Golf Professional at Laurel Valley Golf Club in Ligonier, PA, and has been employed by the club since 1987. He has been on the board of directors for the TriState PGA and currently serves on the tournament committee. For the past 15 years, Chris has been a board member for Junior Achievement of WPA. He has been involved in several charity causes, including Holy Trinity School of Ligonier and Adelphoi Village.

Chris earned a BS in Business Administration from Fairmont State University. He has a wife, Rita, and children, Samantha, Thomas, and Morgan, and a grandchild, Felicity. Chris’ father, Jerry, served our country in WWII in the Navy and was stationed in the South Pacific. His uncle, James Horstman, was killed in action during WWII at the Battle of Iwo Jima. Chris has a deep admiration for all who serve in the military and is honored to be a board member of Western PA Folds of Honor. He is thrilled to give back, in a small way, to those who have given everything. 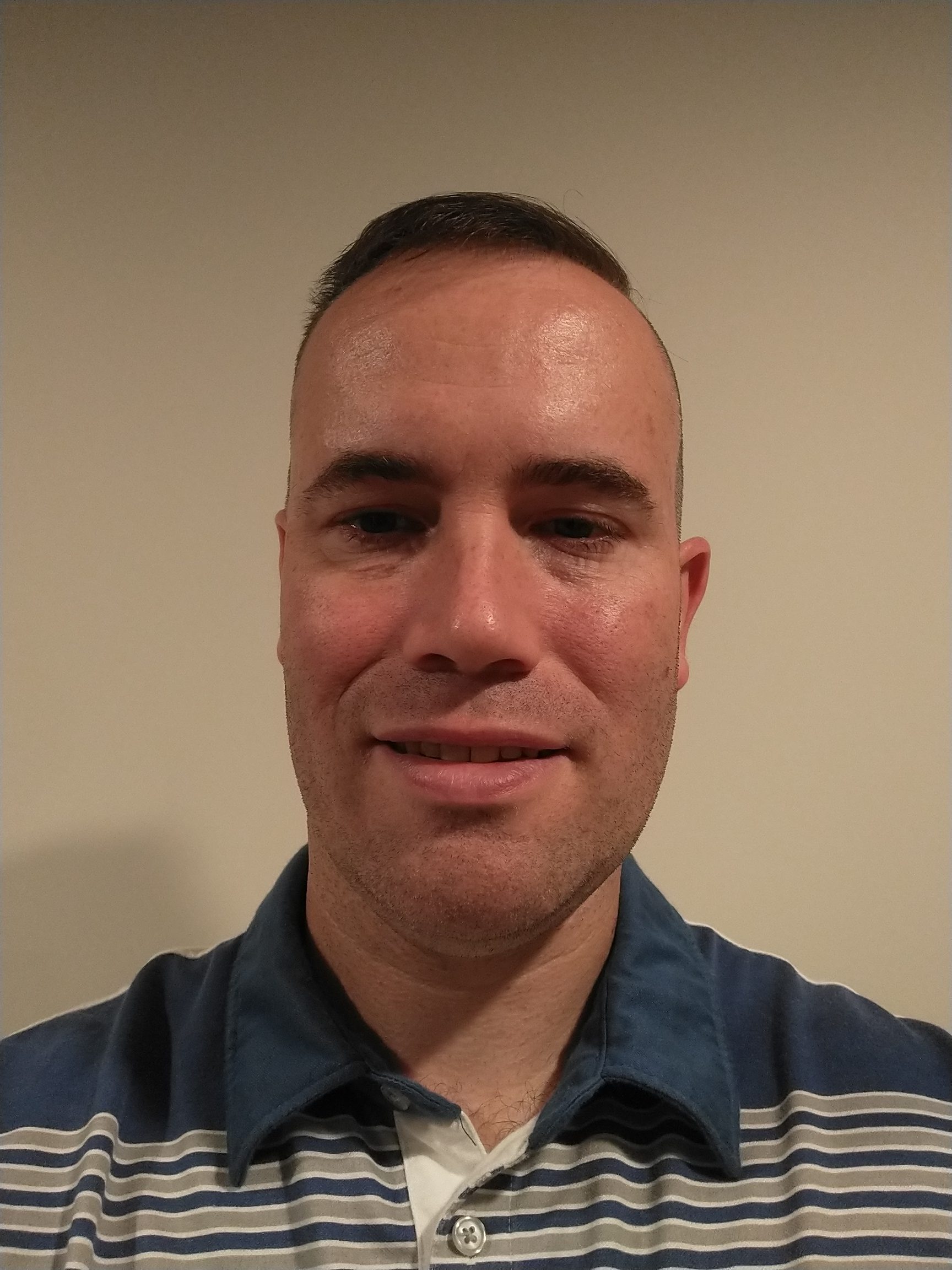 Mike is a member of the Folds of Honor Military Committee and is a 15-year veteran of the Pennsylvania Air National Guard, currently serving at the 171st Air Refueling Wing in Coraopolis, PA. In the past, he has served as the Non-Commissioned Officer in Charge of the 171st Base Honor Guard, participating in parades, funerals, and other events around Western PA. A graduate of both the University of Pittsburgh and Duquesne University, he worked in several different operational roles in the private sector. He now functions as the Base Contracting Officer for the 171st. A third-generation military veteran on both sides of his family, Mike has long been involved in the military community and feels privileged to be a part of the Folds of Honor mission.